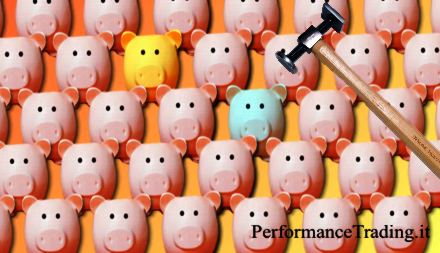 According to Italian Constitution of 1947, household savings are to be protected, but this provision has been long neglected by legislation and governments. Inflation, unfair taxation, expropriations without just compensation and financial scandals have repeatedly and heavily affected the wealth of Italian households during half of a century. The paper deals with recent failures in supervision of financial markets and focuses on two defaults: Argentina and Parmalat. In both cases financial instruments, largely distributed among Italian savers by retail banks, had been issued abroad and this feature has hampered action of supervisory authorities. Italian small savers have been the most hit by Argentina’s crisis: 450,000 in number and total amount equals 1.5% of GDP. The reasons for such an involvement are to be found in the still surviving myth of Argentina, as a rich country, land of immigration and of easy life. Many Italian families are still in touch with relatives in this country and almost 40% of Argentinians have Italian ancestors.

Probably because of the same myth, the major rating agencies had assigned over-generous ratings to the Argentine sovereign debt, as they did later with Parmalat bonds, and have deceived the market in downgrading the risks involved. International banks assisting these issues, on their side, were not so much concerned with over-borrowing both by Argentina and Parmalat. Eventually the main liability of the two defaults and frauds lies the debtors themselves. Argentinian populist governments, fishing for consensus and stubborn in their lax fiscal policy, instead of printing money as they used to do before, once hard peg had been adopted, issued bonds to finance large deficits. It is well known that extent of loss for the savers depends upon inability and/or unwillingness of the borrower to repay debts and, in the Argentina case, both of these reasons may be mentioned. In the default of Parmalat, instead, frauds and financial misreporting by management as well as loose control by certified auditing firms have been detected. The paper concludes by analysing tools to be assigned to domestic supervisory authorities, changes in corporate governance to be introduced and administrative as well as criminal penalties to be enhanced by the new law on saving protection, now under discussion at the Italian parliament. Deterrence measures against international defaults and frauds, particularly in the case of sovereign debts, have to be adopted, however, at global level.